I’ll try this and see what happens. I have a flyback diode parallel to the resistor to disperse any back EMF the resistor coil generates and a pull-down resistor on the base of the transistor.

After playing around with this for a while I gave up as the big transistor I was using had to be reallocated to another project which is working wonderfully, thanking you. This h45 something I’m looking at improving, probably with an immersion heater, but the point I’m trying to make is that you need the heater at a much higher temperature than the desired fermentation temp.

So as I still wanted a heater circuit and I am lazy I bought one of these. You haven’t included a pull-down resistor so I take it you think I don’t need one at all. Any input will be most gratefully received.

I measured the voltage from the basepin on the Ruggeduino and it was putting out 4. Here’s a snap of the sandbar: Is this too low to open the transistor gate sufficiently?

At that kinda current I would start looking into mosfets to keep the heat down, after 1amp heat starts to get in the way with transistors. My Ruggeduino is using temperature measurements from a Satasheet sensor to determine when to switch a transistor controlling power to the the resistor. Datashret for the schematic.

I hope this should cover it. My problem is that I have burnt out two transistors one C and one H already and I don’t know why.

You say I need to be limiting the current from the base of the transistor and the Arduino pin. I’m trying to make a heating element from a 4W wire-wound sandbar resistor and a 12V power supply. Hi pwillard, thanks for your input too. Hi tgansistor, thanks for your comment. I’ve left it running overnight and I expect it will still be at about 20C tomorrow morning as night temperatures are chilly. 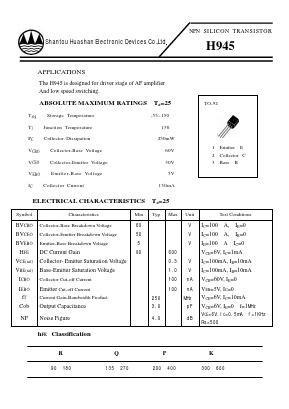 You could probably cycle it with the 7v supply, add another ds18b20 easily and when it reaches max temperature, kill it and when it drops a bit turn it on it has enough thermal mass to keep things warm in between.

I might set the relay up again tomorrow. The grounds are all common. At 12V I calculate that the 4W sandbar will be dissipating all of that, which explains the rapid release of magic smoke from them. The irony is that the DC power supply I’m using kicks out about as much heat as the resistor does.

For example, its now running off 6V and I’ve got it running straight off the power supply without an control. For simplicity I haven’t put the DS18B20 in there. Mike has pointed out some issues and I see more. The fermenter is covered by a black bag.

Also good to know I can do without the diode. I can switch an LED on and off with this circuit not at 12V, obviously but when I try it with the sandbar it quickly goes up in smoke.

Should I be running it with a heatsink? Why does it get this hot? I’m rather confused by your drawing. Because the heater is just stuck on the bench underneath the fermenter, with a little insulation around it, thermal transfer to the vessel is poor at this stage.

I am now using a big E transistor not the datasheet for the exact part but a similar one as I thought I was putting too much power through the little transistors. I thought resistance of transistors, especially larger ones like that, was negligible. Here’s pics of the Arduino and the setup. Am I doing something wrong? The upshot of this is that switching of the heater, on or off, occurs every few minutes so it would still burn out.

Unfortunately its too big to fit under the fermenter! See my drawing above